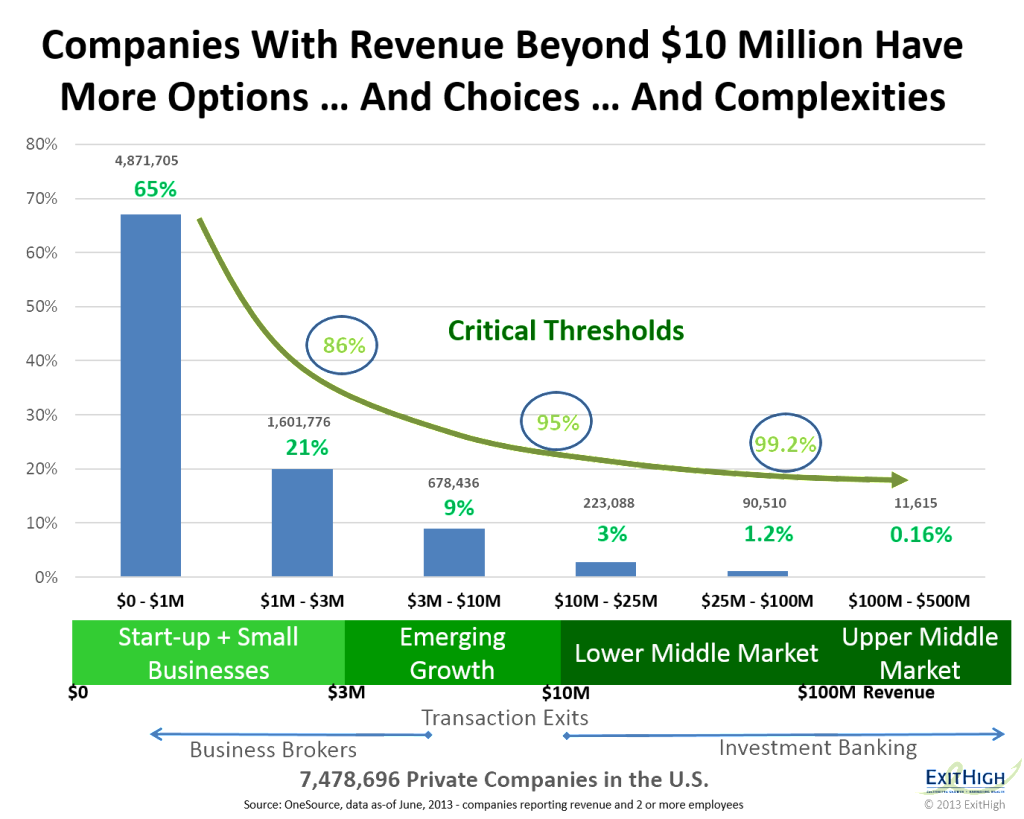 Taking It To The Next Level

Some interesting patterns emerge when you group the 7.5 million private companies in the U.S. by key revenue thresholds. Two-thirds of the companies fall in the $0 – $1 million revenue range while only 5 percent of the companies cross the $10 million hurdle. Capitalism is a demanding scorekeeper. These critical revenue thresholds precisely define taking it to the next level. Moving through these thresholds is much like running the gauntlet – it requires drive, determination, skill, and the occasional break of good fortune.

Private companies can be separated into three broad segments based on revenue. $3 million is an important milestone because there is sufficient revenue where a business owner has the option to expand into the Emerging Growth segment (or not). $10 million is important because this is the revenue level where a company gets on the radar screens of many financial and strategic buyers. $100 million is key because the company is nearing the size where an IPO may be a viable option.

Six critical thresholds depict “taking a company to the next level.”

It is important to keep in mind that revenue is different from earnings when determining the value of a company. There are many examples of companies that generate less revenue, but earn substantially more than companies producing higher revenues. Gross profit margins and EBITDA margins (Earnings Before Interest, Taxes, Depreciation, and Amortization) vary from industry to industry and, naturally, from company to company within an industry. So revenue is only part of what makes a company valuable, albeit an important part. Moving through these critical revenue thresholds – with profitability and Return On Invested Capital above the industry average – is what sophisticated buyers highly desire.